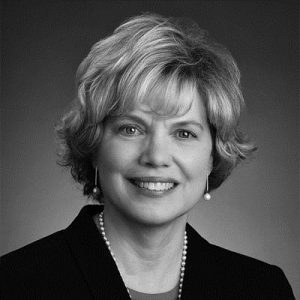 The Million Dollar Advocates Forum is recognized as one of the most prestigious groups of trial lawyers in the United States. Membership is limited to attorneys who have won million and multi-million dollar verdicts, awards and settlements.

The organization was founded in 1993 and there are approximately 5,000 members located throughout the country. Fewer than 1 percent of U.S. lawyers are members.

Forum membership acknowledges excellence in advocacy, and provides members with a national network of experienced colleagues for professional referral and information exchange in major cases.

Members of the Million Dollar Advocates Forum must have acted as principal counsel in at least one case in which their client has received a verdict, award or settlement in the amount of $1 million or more.

A graduate of Albany Law School, Ms. Farley practices in the areas of Intellectual Property Prosecution and Litigation.

Ms. Farley earned her reputation as a highly knowledgeable and skilled litigator in design patent law, trademark and copyright enforcement. She has been lead counsel in hundreds of cases, developing successful strategies to prevent unfair knock-offs and in defense of those who have not crossed the line. An IP design law innovator, she won several precedent setting cases, including a multi-million dollar jury verdict in a cutting-edge trade dress case.

Her “in the trenches” experience includes district courtrooms around the country, appeals courts, foreign courtrooms, and co-authoring briefs on important design law cases at the U.S. Supreme Court. She successfully briefed and argued hundreds of motions, appeared in countless hearings, conducted numerous oral arguments, and tried bench and jury cases.